George Johnson spent his life mastering the art of the side hustle. From embroidering jackets in the sixth grade to garnering multiple six-figure income streams by his early twenties, his consistent business savvy, creativity, and determination led George out of the hardships of his inner city home in Richmond, Virginia. But it wasn’t just for him. For George Johnson, serial entrepreneurship wasn’t just about financial acclaim and professional success. George Johnson wanted to provide a beacon of light to his friends and family, and beyond, breaking the patterns of violence and betrayal he saw around him in Northside Richmond.

Now a serial entrepreneur and mental health advocate, George Johnson is breaking the stigmas around mental wellness and providing a light in his community by sharing his own struggles, successes, and life lessons in his new tell-all memoir, “Double Crossed”.

We spoke with George about the turbulent experiences that shaped his memoir, his biggest motivations, and what inspires him to do the work he does every day.

Thank you so much for joining us! Can you tell us your ‘backstory’?

I’m from the northside of Richmond, VA, which is your typical quote-unquote “hood”. You’re dealing with all the dynamics of poverty, street stuff, everybody abusing drugs in that environment. But I grew up with my older brother, who was a basketball star in the state of Virginia. So, I kind of followed in his footsteps, and as I evolved, basketball kept me disconnected from all the stuff going on in my neighborhood.

Even though I loved basketball, growing up I always had an entrepreneurial mindset and was always finding ways to make money. But selling drugs was never really something I had to do; it really didn’t make sense to me given the position I was in. I started seeing what it was doing to people around me, sending people to prison and those types of things, so I never got into that. But making money was still an issue, so I was always willing to try different things that were out of the “norm” for the people around me.

In the 6th grade, I even asked my Home Economics teacher to teach me how to use a sewing machine and I began sewing NBA and NFL patches onto people’s clothes and stuff. I was always into getting into alternative hustles.

As time evolved and college was coming, I decided to leave my city and go to a prep school knowing that getting out of my environment and getting exposed to different things would help me. But that was really an alternative [in my community]; my mom and dad didn’t really get it, they thought something was wrong with me or that I was running away from my city. I kind of went against their will to go after a scholarship I got to go to a prep school…and from there I really evolved.

Can you tell us a bit more about your new memoir, Double Crossed?

I describe it as a Cain & Abel story of the struggles I had with my family and growing up in the inner city. But, to be frank, I’m not super religious. I don’t know the bible from front to back, but one story I always knew growing up was Cain & Abel, so when I began writing my book I used that story to frame what I experienced with my two older brothers (hence the “Double”) and they crazy stuff they had done to me.

There’s a lot of stuff in the book that I want people to understand and learn from. Anyone who knows me knows I don’t share a whole lot – there’s no one person in my life who knows everything that transpired or about what I went through. I always kept it to myself and felt like I had to deal with it myself, as a man. This book is me just putting everything on the table.

There’re many different dimensions to me; I’m an employer, I’m an uncle, I’m a son, I’m a father, I interact with so many different demographics – from black to white to Hispanic – and no one group of people in my life knew everything I was going through. So, this book is really just a tell-all, and it’s really a testament to the fact that you never really know what somebody’s going through.

Can you speak to the mental health component of your journey and your book?

Growing up in an inner city of Richmond, Virginia, there are things that we see or do or understand that are going to happen, that are crazy, but we normalize it to the point where we don’t see the toll it takes on our mental health. People getting shot at, death, drugs…those things are normal, it’s not a big deal! You know that this stuff is going to happen, you know that everyone is going to have a gun, you know people are abusing drugs, and you know that at any moment you can see somebody one day and the next day they’re gone. That’s not right, and the mental toll of that is crazy in itself.

Someone you trust could be robbing you right now and we think that that’s normal, but it’s not! You assume that the police are going to stop you and mishandle you, even if you didn’t do anything wrong. Even with all the events this past summer with police brutality, that was nothing new for my community.

I grew up knowing and understanding these things, and the story I share in Double Crossed is just one example. That’s why the thing that I want to shine a light on through my book and on my social media is the importance of seeking help for mental health, especially in my community. You don’t need to suffer alone or rely on drugs to resolve those issues. Me going to therapy, me asking people where they’re at mentally right now, those are not conversations we would have. So, these are the conversations I’m trying to have and the movement I’m trying to inspire.

How do you stay so motivated to do this work and continue sharing your message?

I get messages every day from people worldwide. I got a DM from a 14yr old kid in Baltimore, he’s on house arrest for 5 armed robberies, breaking and entering, a long list of other charges, and he asked me if he could DM me once a week after closely following my story on Instagram.

A girl DMed me once I created the page and told me how she saw her boyfriend kill himself and how she was struggling with it, so I connected her to a therapist. I’ve even had a man message me from jail telling me to “keep doin’ what I’m doin’”.

Every day I get at least 5-10 messages from people who have resonated with my story and been inspired… people I don’t even know. So, seeing this outpouring of people who are getting something from what I’m doing, the same people who are buying my book, is what fuels me every day to keep doing what I’m doing.

Thank you so much for sharing your story with us! How can people find you? 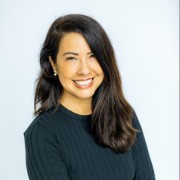 Anika is founder of Anika PR, a strategic communication firm based in Los Angeles which includes a variety of beauty, culinary, entertainment, fashion, small business and tech clientele throughout the U.S. Recently, Anika has been inducted into the Quickbooks Small Business Council for a two-year term, and has entered The Halo Collective, a consortium of New York-based creative agencies.