Over the past year, it’s become readily apparent just how important innovation and transformational shifts in the digital space have become. While the COVID-19 pandemic has brought unprecedented uncertainty to a number of global markets, many marketers saw the silver lining: a chance to pivot their product, service, or brand message to attract new demographics of customers and add value to their existing users. Digital enterprises no longer are simply competing against one another for a larger number of users and sales — they are competing to capture larger market shares of users’ attention.

Breaking into the mobile app or social media platform market, however, is no easy task, and capturing user attention in a saturated market is even more challenging. Despite these barriers to entry, one mobile app seeking to disrupt the traditional mobile app market and making waves globally for its capabilities as an “all-in-one” communication platform is Bonder.

Bonder seeks to be a true “peoples’ platform” where users can grow their personal and professional networks by fostering meaningful connections in their local communities. Since its quiet launch in January, Bonder has grown by hundreds of new users each week, from all over the world, all with minimal-to-no traditional marketing or exposure.

“People from Brazil, Greenland, Norway, Japan, the United Arab Emirates, China, India, Germany, Spain, Bulgaria, Pakistan, and more have downloaded Bonder in the last few months,” says Bonder’s creator and founder Scott Swanson. “This demonstrates not only a global awareness but also acceptance, of our platform from users across a multitude of demographics.”

Part of Bonder’s initial success and steady growth is due to Swanson’s vision of the app becoming the world’s first Location-Based Communications Platform (LBCP) where users of the app can easily connect with other personal and retail users in their local communities on the platform. This way, users can receive extra benefits from local retailers, who can reward them for their loyalty with discounts and other deals. Users can also build and strengthen relationships in their own personal and professional networks by connecting with like-minded individuals in their communities through Bonder’s simple “Point, Click, and Message” feature, and even offer gift cards or other charitable contributions to people in those networks and communities.

“Traditional proximity apps that seek to connect people based on mutual interest have failed,” Swanson tells us, before asking the question, “What’s more important: having 1 million followers on your Instagram, or knowing that there are 250 people within a 25-mile radius of you who would meet you for coffee, schedule a hobby-centric group event, or even have your back in a time of need?”

The Value of Digital User Engagement

“Our average engagement time is between 5-13 minutes,” says Swanson, “but we much prefer those lower times. We want people to use Bonder for what they need to achieve their goals — professionally and socially — then meet up with one another and put the phone down. We don’t need them on our platform non-stop to generate revenue.”

As far as what Bonder does need to generate revenue, Swanson says that Bonder takes no more than a 10% cut of any monies or funds exchanged between users on the platform to ensure its users are never bombarded with advertisements.

“We make money by offering punctual location-based services,” Swanson says, “this ensures that we continue building and bringing value to our retail and social users on Bonder.”
According to Bonder’s user engagement numbers, value is exactly what they are offering to their platform’s users, with only 1% attrition of their total users since launching this past January, according to Swanson.
“Since launching, we’ve found that Bonder’s user base is split relatively evenly by gender,” Swanson mentions, “with about 58% men and 42% women. The majority of our users fall between 20-35 years of age, but we’ve noted older users up to 65 or even 70 years old using Bonder regularly, which isn’t too surprising considering the impact the pandemic has had on senior citizens and their networks.”
Some of Bonder’s users’ top interests so far include interests in fostering communities and networks in the sectors of Food & Beverage, Sports & Fitness, Media & Entertainment, Shopping, and Technology, but as Swanson adds, “users are able to connect with others in their local communities for virtually anything they want, so we expect the sectors our users engage in to grow along with the platform in the future.”

To learn more about Bonder, including how you can opt-in to Bonder’s invite-only network or to download the Bonder app for iPhone iOS or Android, visit www.bonder.me today. 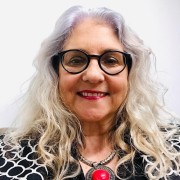 Gigi Marino is a senior publicist at Otter Public Relations in Orlando, Florida. She also is a poet, essayists, and soup maker who is in love with words, spices, and the moon. Her main goal in life is to create magical moments where they are needed most.